Welcoming the federal government back to the table 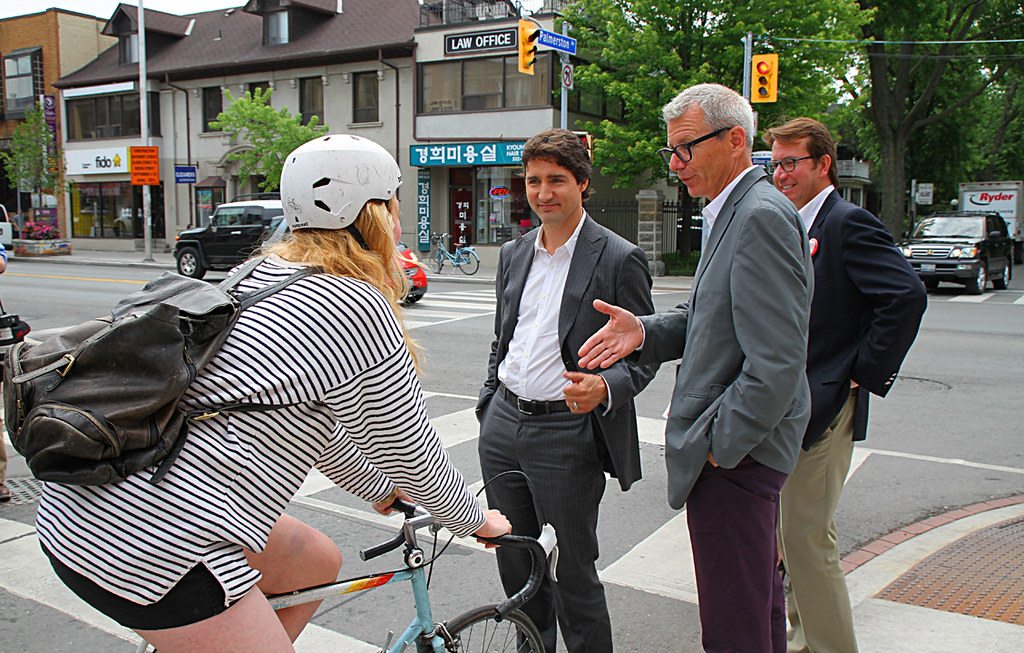 This past June, I was invited to speak with the House of Commons’ Standing Committee on Environment & Sustainable Development. While the study I was to be a witness for was fitting (“the role of the private sector in Canada in showing leadership by partnering with not for profit organizations to undertake local environmental initiatives”), I was surprised.

The Government of Canada hadn’t asked for my advice at any point before. Not while I was leading Sustainable Waterloo Region (SWR). Not in the time since we launched Sustainability CoLab. Why now?

Once I got to the meeting, it became clear. A committee Member pulled me aside. He thanked me for being there. He went on to say he was so glad I could help set the record straight. Organizations like SWR don’t need help from the Government of Canada, he said. We’re a great example of what non-profits can achieve when given the autonomy to work directly with business.

Of course my statement differed from this narrative, as did that of other witnesses.

This is consistent with all I’ve ever known from the federal government. Just months before I started SWR in 2008, our federal Environment Minister had brashly announced at COP13 in Bali that Canada had no intention of meeting its Kyoto targets. The economic crisis would hit only a few months later, giving more opportunity for our Prime Minister to misconstrue a tension between the economy and the environment. And COP15 in Copenhagen – an international failure that spurred me to push harder at SWR – was still more than a year away.

The notion that federal leadership on the environmental file only further degraded over the following years is no revelation. This, despite assertions that the cost of climate inaction is projected to grow from $5 billion per year beginning in 2020 (research courtesy the National Roundtable on the Environment & the Economy, which the Government of Canada shutdown in 2013).

The past seven years haven’t been without highlights mind you. Local MPs have shown leadership, one example being Peter Braid, Conservative MP for Kitchener-Waterloo from 2008-2015. Peter was the first Conservative MP to publicly state that extreme weather events were related to climate change. And he didn’t just talk – he made connections that brought SWR to life, for example to companies that would go on to join as Founding Partners of the organization in 2009.

Other levels of government have stepped up as well. A few examples: earlier this year Ontario’s Ministry of Environment and Climate Change contributed $100,000 to target-based sustainability programs across the CoLab Network. The City of Waterloo’s has a commitment to reduce their carbon by 22% by 2021 as a member of SWR’s Regional Carbon Initiative, while the City of Kingston’s provides core funding for Sustainable Kingston.

Regardless, as was said in that study I stood as witness for this past June: we need more leadership from the Government of Canada if our country is to rise to the challenge and opportunity presented by the climate crisis.

Today – in the aftermath of last week’s election – I have a new sense of optimism on this. Why? Because of a new tone. This new Government – and by extension PM-designate Trudeau – seems genuinely interested in being at the table. An interest in leading? A willingness to engage? This can be a game changer.

Of course there is a lot to say, both about the content of the platform that won this election and about how and when promises will be kept. Concerning aspects include a lack of specificity that runs through the majority of the “Clean Environment and Strong Economy” chapter, and seemingly arbitrary support for one pipeline over another. We’ll come back to this in due time.

But at this early stage, the difference – the reason for my optimism – is that for the first time since I launched SWR in 2008, the federal government claims to want to be part of the conversation on sustainability and climate change.

This starts with what will be a flurry of announcements leading up to COP21 in Paris, some of which have already been made: Our Prime Minister will be there. His provincial colleagues will be part of our national contingent, as will representatives from other parties, including Green Party Leader Elizabeth May.

And in terms of substance: there’s a new commitment to partner with the provinces to come up with a new federal GHG target, to ‘establish a pan-Canadian framework for combatting climate change’, to create new green bonds for renewable energy projects, and even mention of a new $2 billion “Low Carbon Economy Trust”. All of this bodes well and the timing couldn’t be more critical in the lead up to Paris.

The contrast is reflected further in events like Green Economy: Ontario, which CoLab is co-hosting this Thursday. Three provincial Ministers will be speaking. Not one representative from the federal government will be attending, let alone speaking. Simply put, there was no one to invite. A year from now, I expect a conference like this would include federal representation.  And while I might not agree with everything that person would say, I’m hopeful they’ll at least be part of the conversation.

And that’s the crux of it.

For ten years now, organizations working on sustainability or climate change have been getting by.  The assumption has been that we aren’t going to wait for the Government of Canada to show leadership. But this isn’t a long term solution.

Now, on climate change and on so many aspects of Canadian life – be it immigration, First Nations relations, affordable housing – I’m optimistic the Government of Canada will be welcomed back to the table.

For our part, this welcome comes with a certain degree of caution. We’ll be holding the Government to the expectations they raised throughout the campaign, and in the platform they put forward.

But they will be welcomed, because the fact remains: the Government of Canada is a badly needed player in the transition to a low-carbon economy. And for those of us who’ve only ever known what it’s like to make progress without them, it’s encouraging to think what this country could look like with them back in the game.