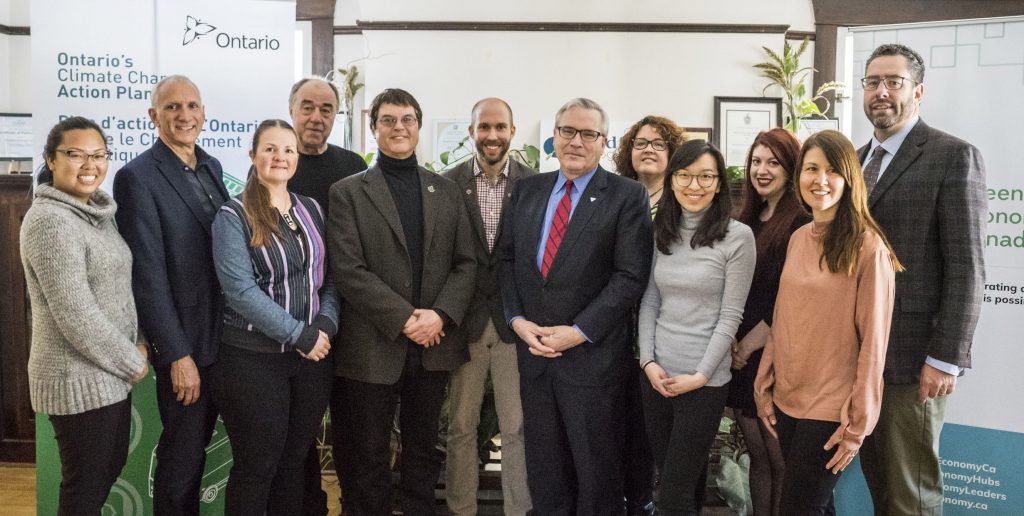 The following is a news release from the Ontario Ministry of the Environment and Climate Change.

Ontario is investing proceeds from its carbon market to help small- and medium-sized businesses reduce greenhouse gas pollution and join the fight against climate change.

So far, Green Economy Canada has enlisted 243 businesses to join its network, resulting in 44,257 tonnes greenhouse gas emissions reduced — equivalent to taking 9,349 cars off the road for a year.

With the province’s support, Green Economy Canada expects to nearly double the number of businesses participating in the program, and reduce a total of 94,000 tonnes of greenhouse gases by 2020.

Helping businesses fight climate change is part of the government’s plan to support care, create opportunity and make life more affordable during this period of rapid economic change. The plan includes free prescription drugs for everyone under 25, and 65 or over, through the biggest expansion of medicare in a generation, free tuition for hundreds of thousands of students, a higher minimum wage and better working conditions, and free preschool child care from 2 ½ to kindergarten.

“It’s exciting to see small- and medium-sized businesses embrace actions that will help them reduce greenhouse gas pollution and become green economy leaders. This is the kind of leadership we need in Ontario to fight climate change and transition to the low-carbon economy.”

–Chris Ballard, Minister of the Environment and Climate Change