While Green Economy Canada has been focused on our existing network over the last couple of years, communities across the country have continued to reach out for support to start their own Green Economy Hub. London, Ontario is one of them: they boast 14 employers on Canada’s 100 Greenest Employers list and have had significant interest from those businesses, and others – including Labatt Breweries, Cornerstone Architecture, and Western University – to come together, set goals, and get access to leveraged support.

Stepping back in time, Green Economy Canada began working with the City of London and Labatt to begin our 10-milestone Hub Launch Process, starting with a community conversation. We co-hosted this in December 2016, and momentum has continued to build from there.

Based on strong interest from the community conversation, the City was keen to keep working towards launching a program, but knew it needed a third-party non-profit to lead the effort. 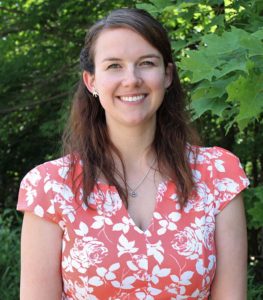 Enter the London Environmental Network (LEN). We began working with them in fall 2017 on the next milestones, a series of 1:1 conversations with business leaders to get more details on the interest and to discover adaptations to the program that may be necessary in London. Skylar Franke, Network Coordinator, is leading this process at LEN and said, “Working with staff at Green Economy Canada has accelerated our ability to develop a program for London businesses. Through coaching sessions with Green Economy Canada, I’ve been able to reach out to business leaders and dive deep on their sustainability goals. Reducing carbon is an essential component to climate action, and having Green Economy Canada’s and the City of London’s support in developing a highly effective sustainability program for London has been a game changer for LEN.”

Skylar has now met with 28 business leaders who have expressed significant interest in participating in a community driven sustainability program. The majority of feedback demonstrated that London business leaders were keen to implement projects to reduce their emissions and highlight their stories of success with the London community. Many businesses are already reducing their emissions and want to share their learnings with other business leaders. Next up, Skylar and the volunteer team will be using what has been learned to write up a business plan for a London Green Economy Hub, with support from Green Economy Canada and the City of London, informed by learnings from across the existing network.

We’re thrilled to see continued interest from diverse communities as well as businesses, and excited to be working alongside London through this process. Are you interested in starting a Green Economy Hub? Learn more about how we work with communities before our next application round opens.