On Monday May 13, 2019, Green Economy London officially launched as the newest Green Economy Hub, joining 6 existing Hubs across our growing network. The significant momentum underfoot in London is clear, with 170 people attending the launch party, which celebrated 12 early adopter businesses who have joined as founding members, and acknowledged the key support of 5 founding partners, notably the London Community Foundation and City of London. 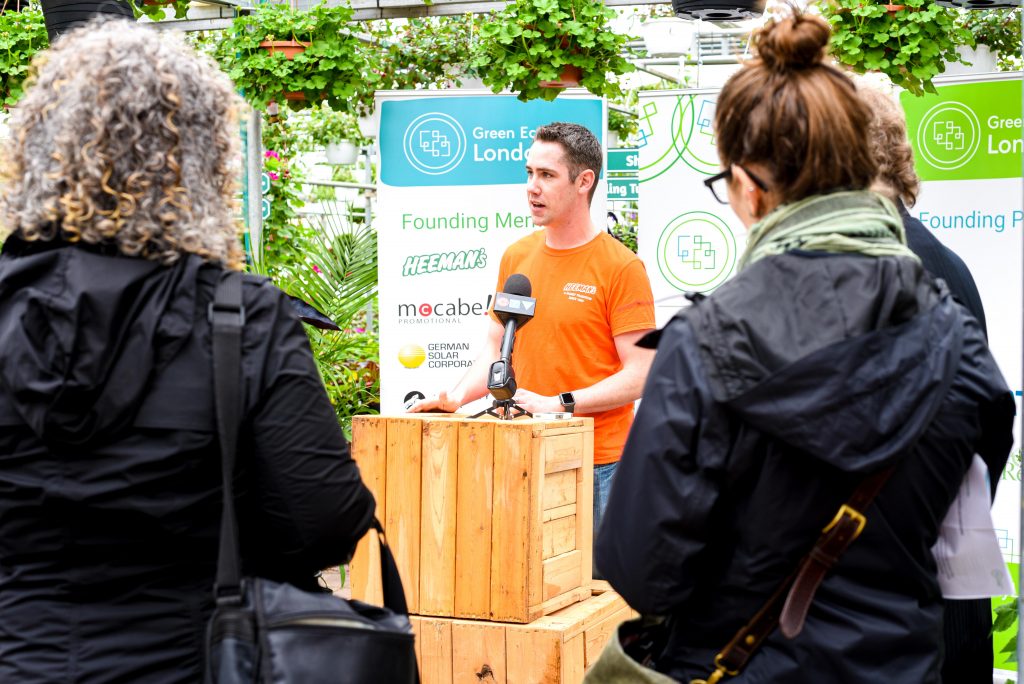 In the morning, a media event was held at Heeman’s Garden Centre and Strawberry Farm, one of Green Economy London’s 12 founding members. Will Heeman, Chief Daymaker, Heeman’s Farm, spoke about why they decided to join the Hub.

“Signing on as an early member in Green Economy London was a no-brainer for our business. As stewards of our land, seeking to grow a beautiful crop sustainably, this initiative ties in perfectly with our family’s mission of growing ‘green’. Pursuing a greener business practice isn’t just the right thing to do, it helps us reduce costs, operate smarter and maintain a competitive edge!” – Will Heeman 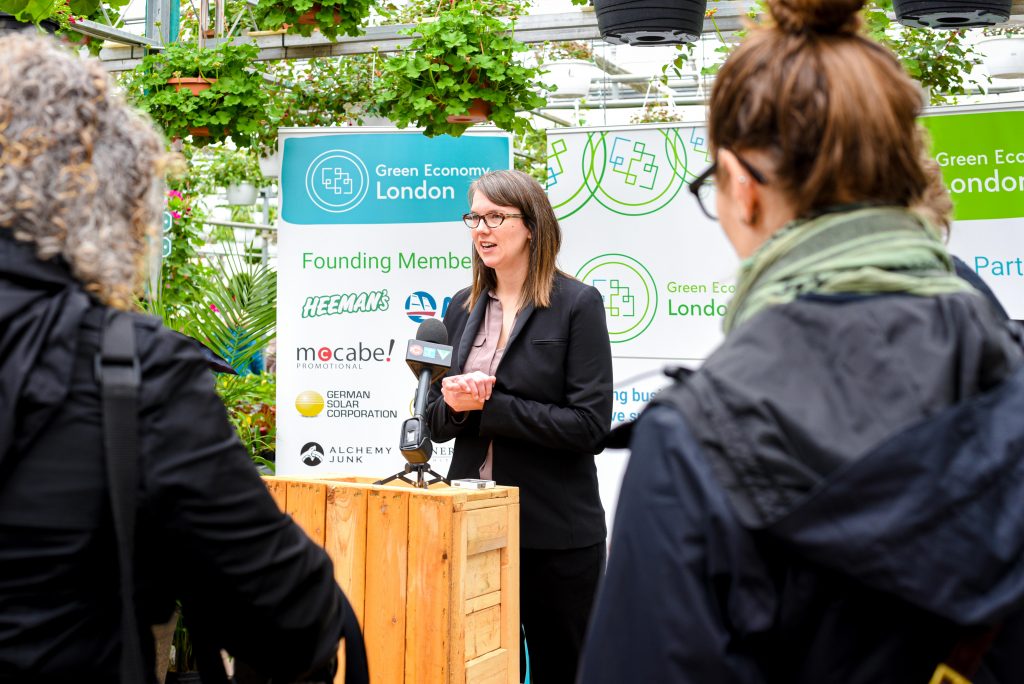 Skylar Franke, Executive Director of the London Environmental Network (host organization of Green Economy London), spoke about how Green Economy London will support their members and the competitive advantage businesses can realize from focusing on sustainability. 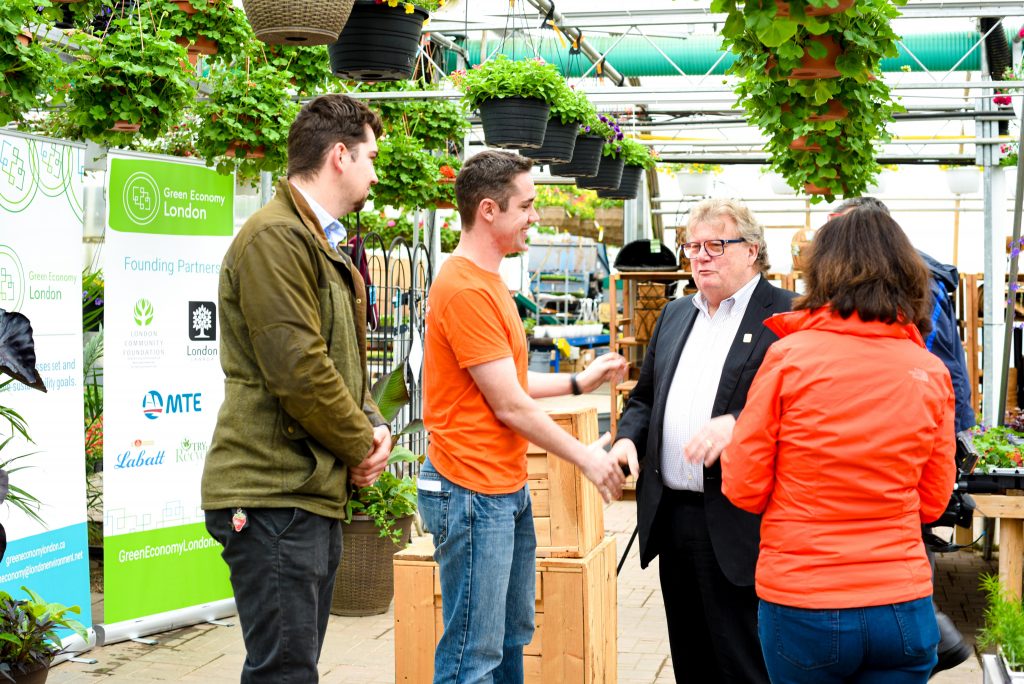 London Mayor Ed Holder (second from the right) attended and spoke at the media event. 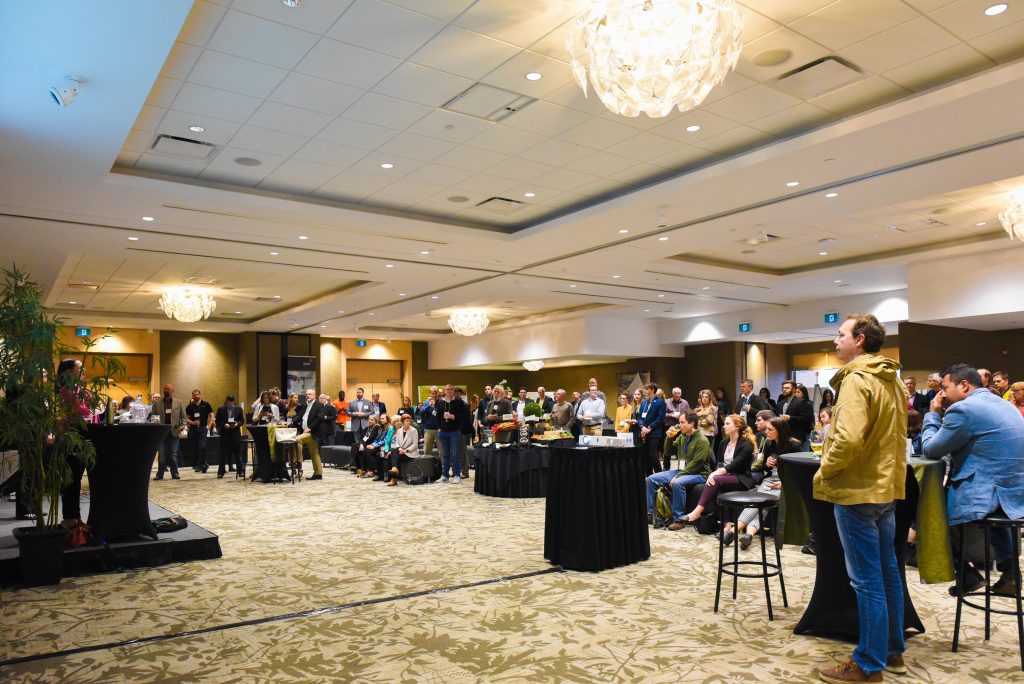 In the evening, Green Economy London threw a launch party — a crowd of 170 supporters showed up to celebrate this exciting step for London’s business community as they work together to build the low-carbon economy. 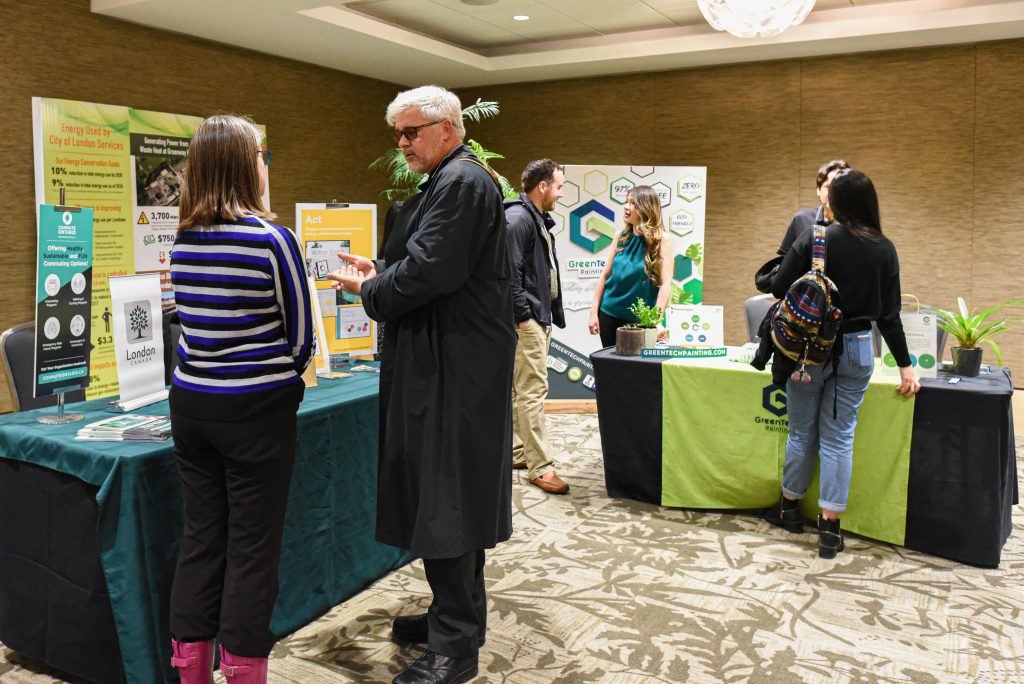 Founding members, including the City of London (pictured left) and GreenTech Painting (pictured right), had booths around the event to talk with attendees about their sustainability work. 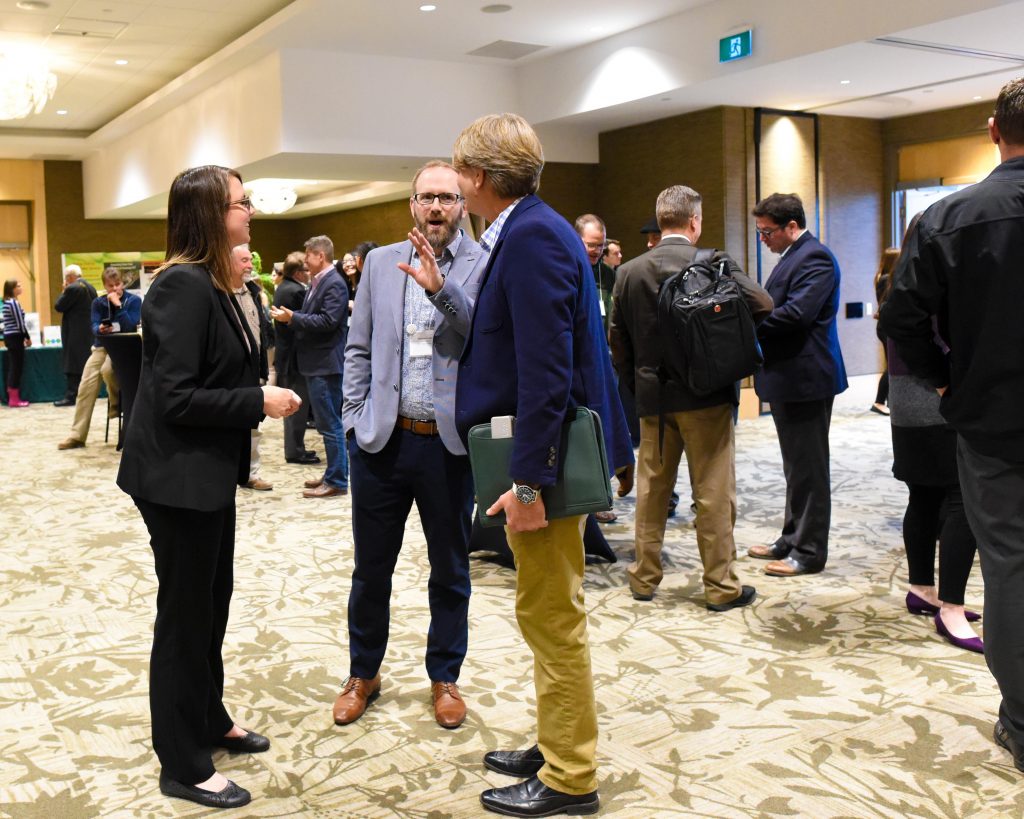 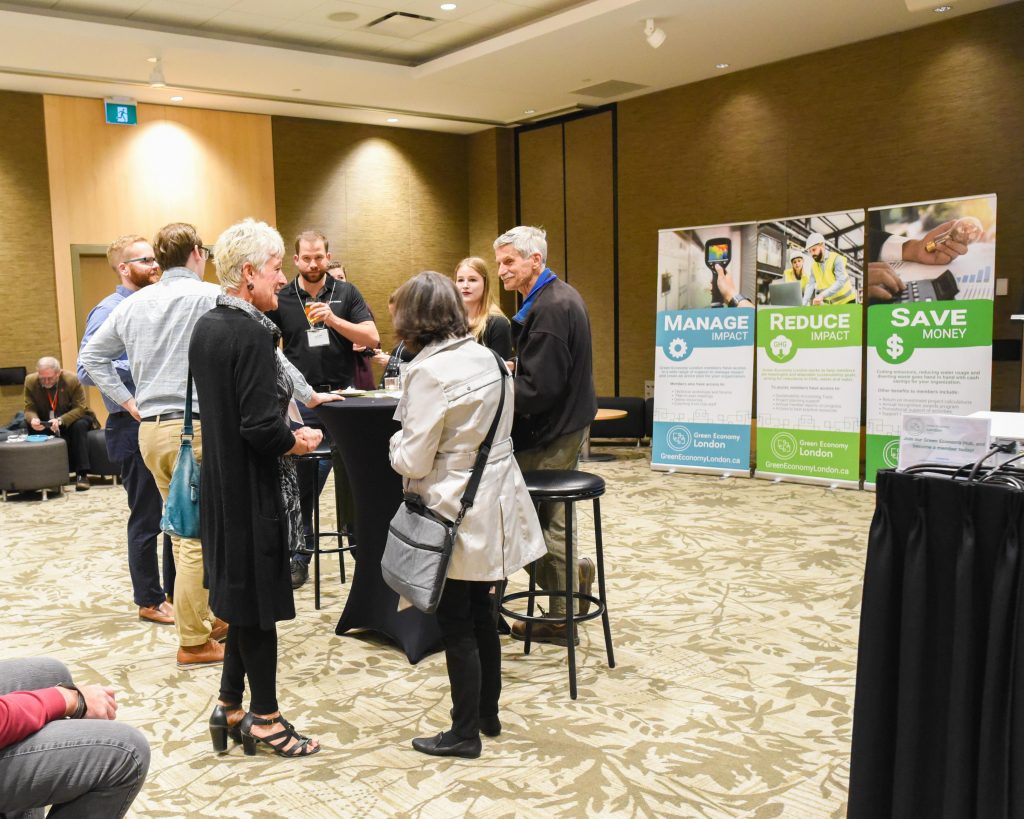 Networking opportunities were plentiful to connect with new and familiar faces representing a variety of organizations and sectors across the London community. 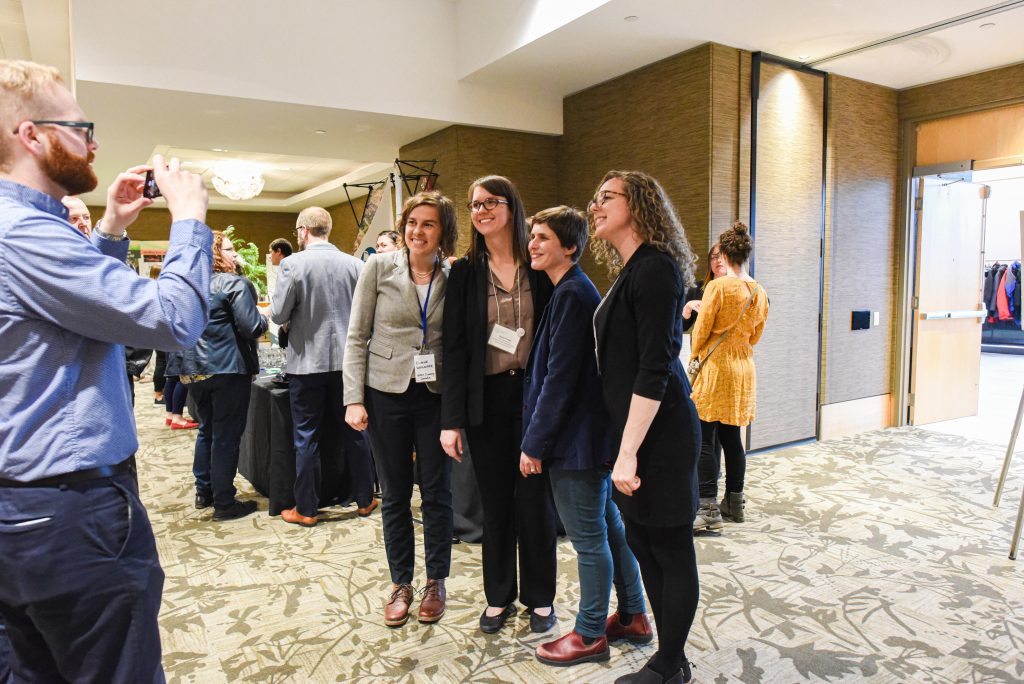 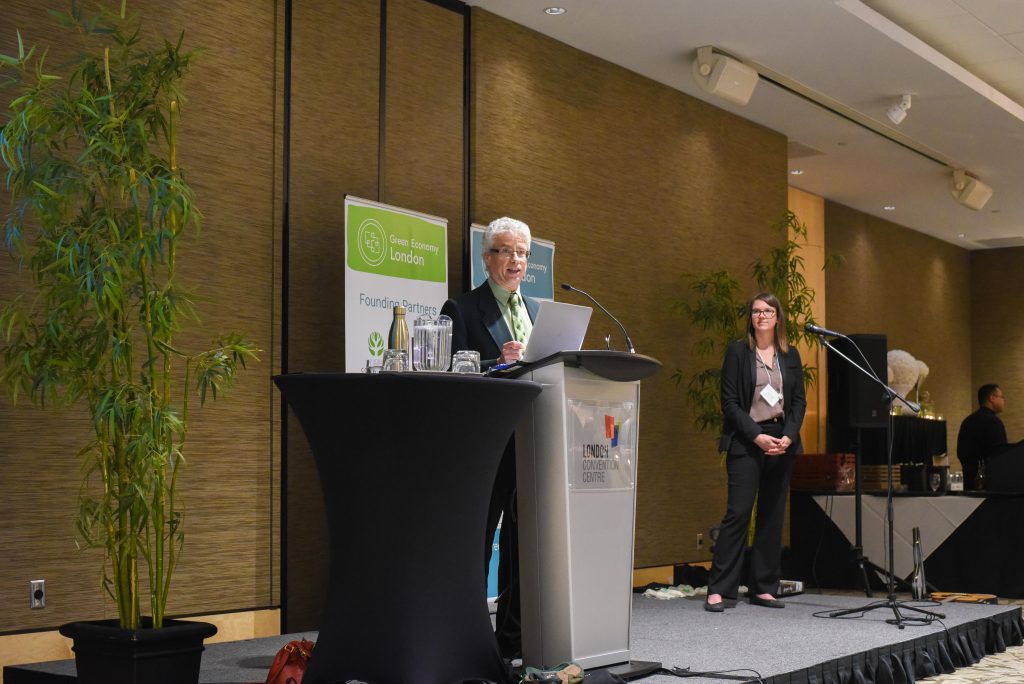 The evening featured guest speakers talking about sustainability in business, and celebrating the progress made to date by London businesses, while looking ahead to the impact they are poised to make. Pictured above is Jay Stanford, Director, Environmental Programs and Solid Waste, City of London. 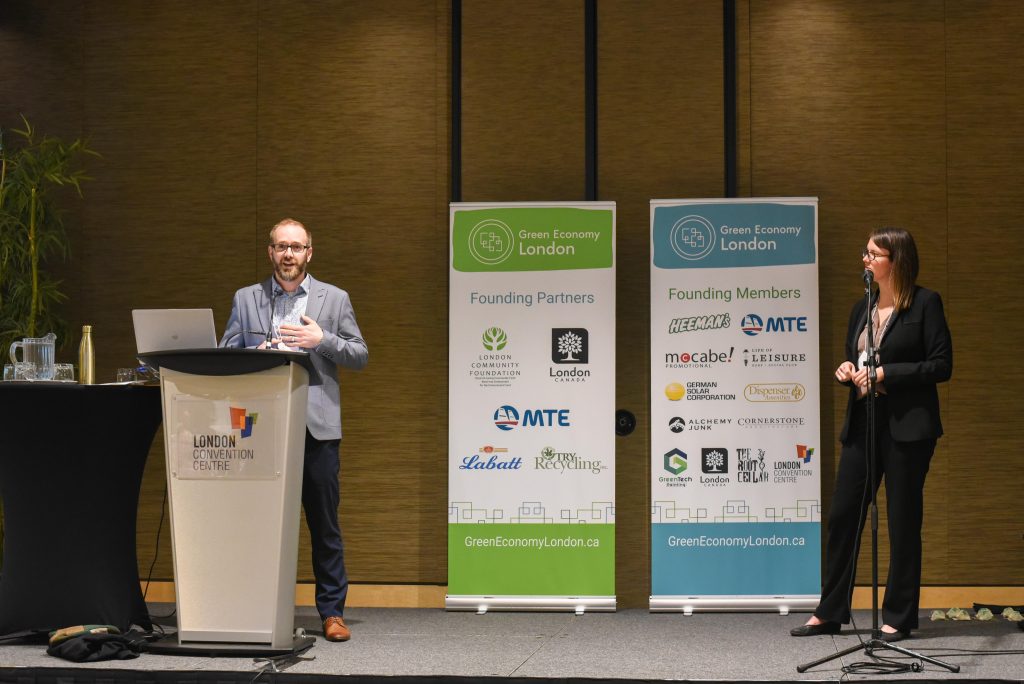 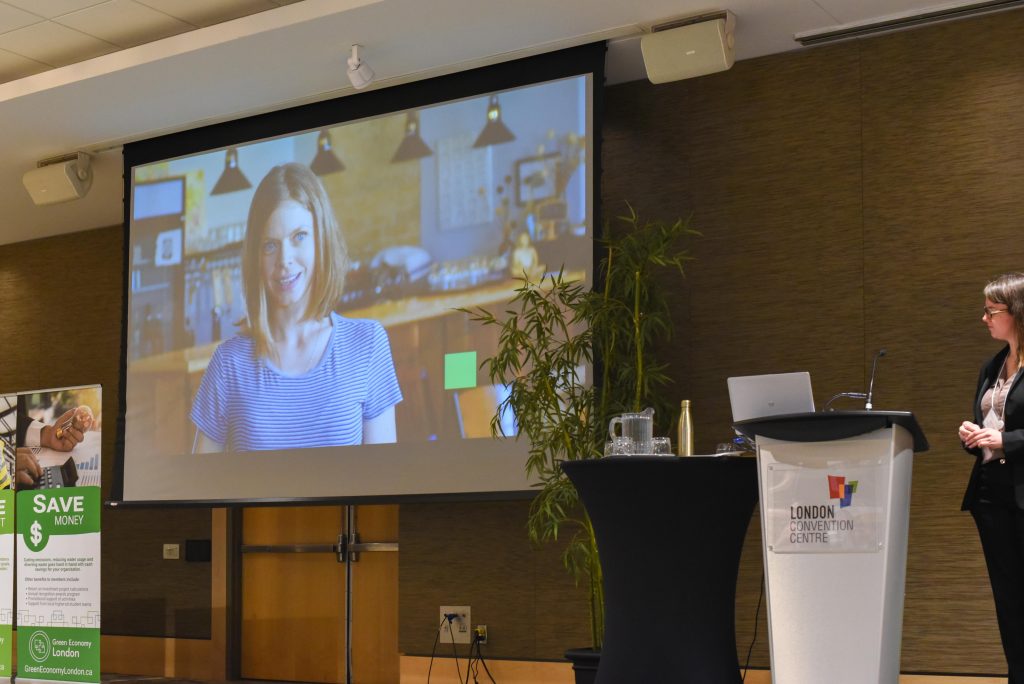 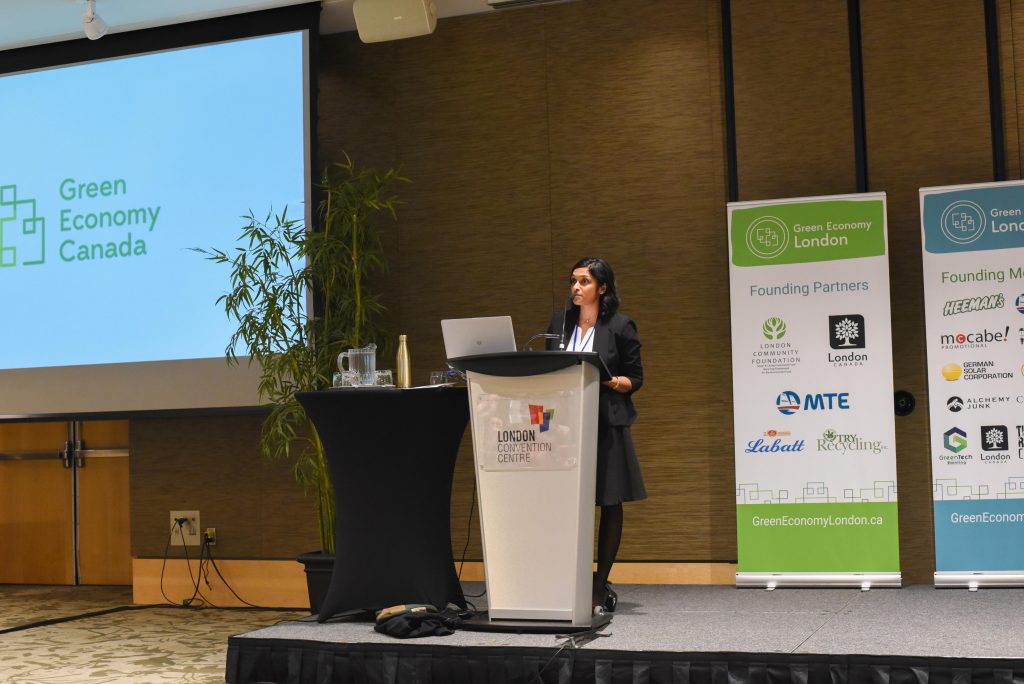 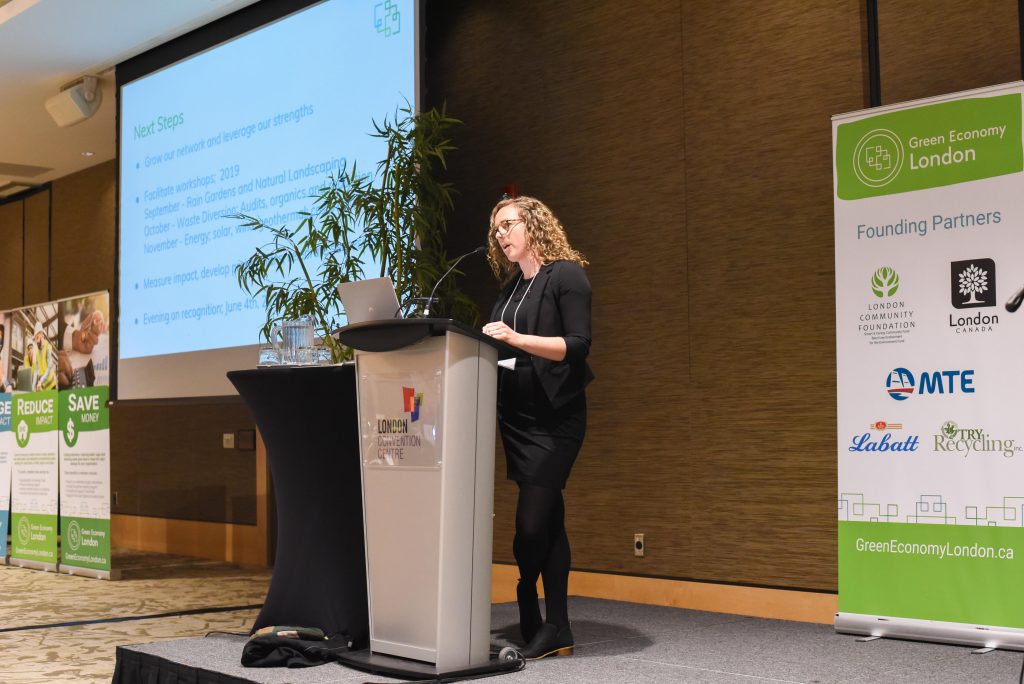 Wrapping up the evening, Marianne Griffith, Green Economy London Hub Manager, spoke to what’s next for Green Economy London — including their upcoming event season, which will kick off in September 2019 and be open to both member and non-member businesses to learn about taking action on sustainability.

The businesses and organizations who join Green Economy London not only have the benefit of connecting with and learning from peers in London, but also a broader network of over 250 businesses across Ontario.

It’s been so rewarding to work with the London Environmental Network over the past couple of years to bring a Hub to London. Green Economy London has already inspired so many to get involved locally and we can’t wait to see the impact they will continue to achieve in the coming years.

If you’re a business that wants to realize the benefits of going green, contact your local Green Economy Hub to get started.

Sign up for our bi-monthly newsletter, The Target, and stay connected to updates from Green Economy Canada.